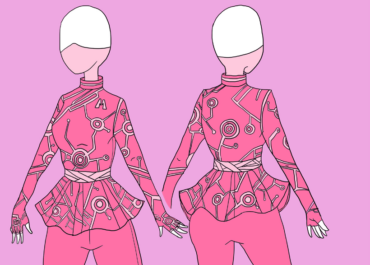 The Links support of the Arts can be traced to our cultured co-founder Margaret Roselle Hawkins. Her innate artistic talent, discovered at a young age, earned her a four-year scholarship to the Women’s School of Design, later known as the Moore Institute of Art. Her passion for creative expression later led to her appointment as an art teacher, and helped give root to the establishment of The Arts facet in 1964 at the 14th National Assembly.

Throughout the nation today, Links Chapters partner with museums, symphonies, arts councils, educational  institutes and corporations in order to support art programs, especially where there is a focus on artists of color. Links are creating and supporting opportunities for educating minority youth in the arts and presenting and supporting performances by youth and accomplished professional artists in a diversity of disciplines.

The goal of The Arts facet is to increase and expand art activity, and elevate our programs through arts integration and effectively create an arts renaissance within our organization and programmatic efforts.

The New Orleans (LA) Chapter of The Links, Incorporated has sponsored many programs meeting the goals of The Arts facet. Most recently, the chapter sponsored the following programs:

In 2021, The New Orleans (LA) Chapter of the Links, Incorporated and the Ogden Museum of Southern Art were proud to present “Linking Art through Transformative Programming,” The HBCU Art Showcase featured works from three of Louisiana’s Historically Black Colleges and Universities (HBCUs) – Dillard University, Southern University at New Orleans and Xavier University of New Orleans.  The exhibit was showcased  from June 5 through October 10, 2021

In 2005, The New Orleans (LA) Chapter and the Ogden Museum of Southern Art formed a partnership with the goal of presenting an annual arts exhibition that would spotlight works of art created by students attending Louisiana’s HBCUs and provide an opportunity to celebrate those artists.

From that partnership, The New Orleans (LA) Chapter’s HBCU Art Showcase was established and provides young, emerging artists of color a platform from which to highlight their work and share their voice, while also offering an engaging art experience at an institution that values innovation and diversity.

Since its 2005 inception, the HBCU Art Showcase has been presented annually in the Ogden Museum’s Education Gallery, a space designated to honor the teaching of art and works created by students in the Southern region of the United States. To date, over one-hundred HBCU artists from Louisiana’s five HBCUs have participated in the annual showcase.

The Chapter was honored that The Ogden Museum produced an Art Showcase Catalogue for the Chapter’s  2020 HBCU Art Showcase.

THE ARTS FACET WORKS WITH STUDENTS at 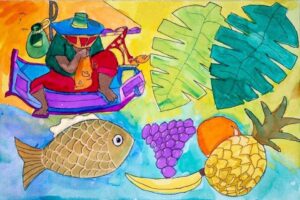 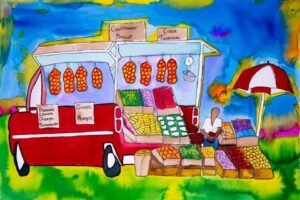 In 2020, the Arts Facet and the New Orleans (LA)Chapter were pleased  to learn that two artistically talented Bethune students were announced as National Poster Arts local winners, and runners up at the National level.

The first National Poster Art Competition was created in 1995 in conjunction with The Links, Incorporated’s National Walk-a-Thon. The competition was an artistic exercise focused around a theme of promoting good health – Project Walking Fete: Make Health a Habit. Over the years, students have produced posters depicting various themes often centered on healthy lifestyle choices and the benefits of walking.

MUSIC IN THE CLASSROOM

As part of The New Orleans (LA) Chapter’s Music in the Classroom initiative, art students at Bethune School have had opportunities to participate in special performances and question-and-answer workshops with cast members from Broadway Productions such as Motown The Musical and The Lion King.  Students aspiring to be  performers saw an inside look into the life of a professional performer.

OPEN TO ALL STUDENTS 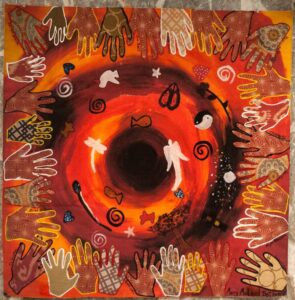 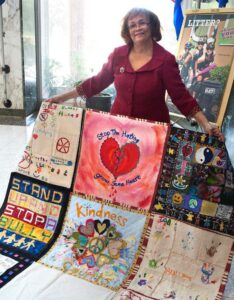 The Arts Facet invited all students from the New Orleans metropolitan area to take an artistic stand and create awareness against bullying by creating quilts. The program allowed students to creatively express their thoughts, fears, concerns and ultimately their resolutions concerning the issue, in hopes of putting a stop to bullying.  The theme was titled “Bullying and Trash Talking: It’s No Joke,” The quilts were unveiled and displayed at New Orleans City Hall.