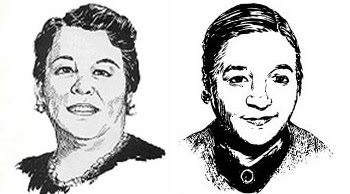 The Links, Incorporated was founded by two young Philadelphia visionaries and seven of their friends on November 9, 1946.

Margaret Rosell Hawkins and Sarah Scott Strickland envisioned an organization that would respond to the needs and aspirations of Black women in ways that existing clubs did not. It was their intent that the club would have a threefold mission – civic, educational, and cultural. Based on these objectives, the club would implement programs, which its founders hoped would foster cultural appreciation through the arts; develop richer inter-group relations; and help women who participated to understand and accept their social and civic responsibilities.

Today, The Links, Incorporated celebrates 75 years as one of the nation’s oldest and largest volunteer service organizations composed of extraordinary women who are committed to enriching, sustaining and ensuring the cultural and economic survival of African-Americans and other persons of African ancestry. There are more than 16,000 members in 299 chapters located in 42 states, the District of Columbia, the Commonwealth of the Bahamas, and the United Kingdom.

Our Chapters are distributed among four geographic areas:

Our members work toward the realization of making the name “Links” not only a chain of friendship but also a chain of purposeful service.

Read more about The Links, Incorporated